An U13 Leinster Team competes against Alpha, Lothian & Wales each season. The team consists of 6 boys & 6 girls. Leinster has won Gold in this competition in 2019 & 2020.

An U15 Leinster Team competes against Alpha, Lothian & Munster/Connacht each season. This team also consists of 6 boys & 6 girls. Leinster has won Gold in 2019 & 2018. Unfortunately, the competition needed to be postponed in 2020 due to the Covid-19 Pandemic.

An U18 Leinster Team competes in the U18 Intercounty Tournament that is held each year in Nottingham. This competition sees Leinster compete against some of the best players that England has to offer. Leinster won Bronze in 2019. Unfortunately, the tournament in 2020 was postponed due to the Pandemic.

In domestic competition Leinster have an excellent reputation at the Irish Interprovincial competition in both Grade A and in the Premier event in recent years.

The Leinster Senior Team has been very successful in the ICC event also. This competition is carried out in a league format over the course of three weekends in English cities, with teams from England, Scotland, Wales and Ireland taking part. There are several divisions in this competition, and teams battle it out in a bid to win their league or to gain promotion to a higher league each season.

In 2018 Leinster gained promotion to the top level, the ICC Premier League after an excellent season in Division 1. This was a fantastic achievement for the players and management who had worked hard towards this for a number of years. Competing in the Premier division is a fantastic opportunity for our players to challenge themselves against players who have been capped for England, Scotland and Wales, former Olympic medallists, former World and European medallists as well as up and coming talent who have medalled at European level in junior competitions. 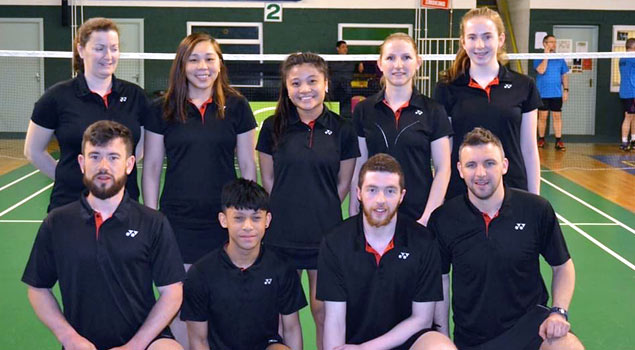 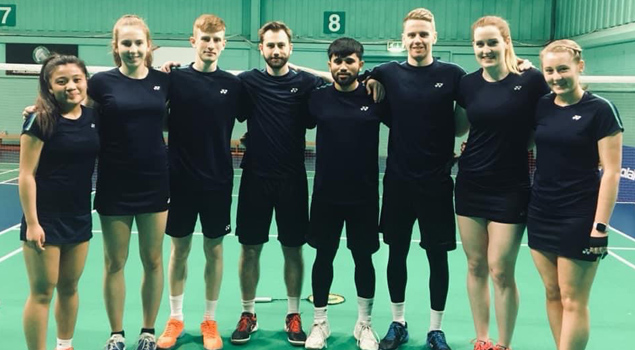 Leinster Badminton runs Senior, Juvenile & Masters squads.
Teams are selected from these squads to represent Leinster at a variety of competitions nationally and abroad.
More info >

We use cookies to ensure that we give you the best experience on our website. If you continue to use this site we will assume that you are happy with it.Ok
Go to Top